A year ago I hit my target weight having lost just over 5 stone. For the next three months I managed to stay in my target range. For those not familiar with Slimming World you have a six pound range around your target. The idea is that you try not to stray more than 3lbs above or below this weight.

For the first three months I managed this although it took effort and was more stressful than the weight loss journey.

Christmas arrived and I decided to enjoy a good Christmas (although not the excess of years gone by), knowing I could lose the weight I might gain because I had done it before.

However this was, and is, a salutary lesson in hubris. I did put on a few pounds and edged just outside my target range. However more importantly I had got out of my rhythm, my routine. I spent the next three months bouncing in and out of my target range until I finally landed back on my exact target weight in March vowing to stay in my range thereafter.

The problem is summer arrived and the number of opportunities to eat out, eat with guests and trips away was more than normal, I had redeveloped bad snacking habits again and then the summer holidays arrived with an enormous 6lb gain after three weeks away from group. 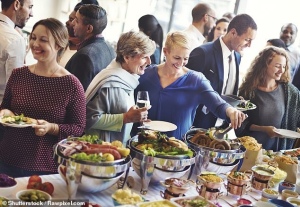 I now have a much larger task being almost a stone over my target weight. Time to get back in the game. Week 1 of a fresh start and meals planned , recorded what I have eaten (especially my syns) and 3lbs knocked of in a week. I can still do it…

Week 2 of a fresh start comes and goes with a 2.5lb gain. The yo-yo reappears. The only cause is ‘between meal’ snacking. Family goodies proving to be a temptation, I had my well measured synned snacks like a Curly Wurly. I count those 6 syns. But then a trip to the fridge offers a couple of slices of salami, that bit of chilli cheddar gets nibbled on, finishing off someone’s pudding and on it goes. All those little bits add up.

Group was the bit I was dreading when I joined SW but it has priced to be the best thing about it (other than the treat recipes). The beauty of group is that it allows you to think out loud and honest input from those in the same boat can help you work out what is going wrong. There is no shaming or false encouragement. It does focus on the positive but also seeks to work out why you have gone wrong when it happens. Two things were said at group that struck home.

Number one was “You haven’t blogged for a while”. It might not be anything but maybe my thinking out loud through my iPad was part of the way I have kept on track. Focusing on why I am doing things, what works and what doesn’t might be part of my answer. So here I am blogging again.

Number two was “…well you have been spending all your time trying out new recipes!” And what is true was that by spending a lot of time on cooking up new dishes I was not giving time to the other meals and snacks. This has contributed to me grazing on less helpful things.

Finally we come back to why I needed to lose weight in the first place. I like food, I still like food. I enjoy eating food. Give me a choice between a large Coffee Choux and and an apple and without will power the Coffee Choux will always win.

So here I am back to blogging and planning meals that will focus on back to basics.

With this in mind meet Gardeners Pie. It is nothing complex and extremely filling.

In a large pan throw in roughly chopped and large onion (1), carrot (2) , parsnip (1) celery (3 sticks), garlic cloves (2) and loads of spinach. If you are in a rush try a bag of frozen mixed veg as any veg will do.

Soften in the oil sprayed pan, added water if needed for about five minutes and then add 300ml veg stock and frozen peas and season to your taste. Then cook for half an hour.

Put in a large dish with mashed potato (mashed with 50ml veg stock and two eggs) on top and bake in the oven for half an hour.

A back to basic classic. The downside is that my son , although it smelt delicious, was not enamoured with the lack of meat even if I gave him a jug of Bisto gravy to with his.

The final learning curve is to go with the mantra, if you don’t like what is on offer then cook something for yourself. It works with his adult brother (Uni student) and he will be 18 in November, Tough love that will take away the final temptation, nibbling on the other meal versions made for the less willing.