I have to be honest and for a long time I avoided things like courgetti and cauliflower rice. They seemed to me to be gimmicky, thinking why not just eat them alongside your other choices in a more traditional way.

I associated them with low/no carb diets and this was not something I wanted to get into.

The programme I am following does not advocate no carb, in fact it advocates a balanced diet includes carbs and as a result it allows unlimited pasta, rice and potato. It is true you can lose weight more quickly without/using fewer carbs but it is not a requirement.

As a result my dip into such products was as an alternative to pasta and rice but not as a replacement. This video as a hint for what is to come.

My first step was to try kale with a curry and found it not just adequate but actually an interesting alternative. My caveat at this point is that I always add to the mix using spices, chillis, critics juices and/or sauces such as soy or Worcestershire. This is no different to how rice is often prepared and when adding sauce to pasta.

With kale I do not buy it ready chopped and bagged as this results in bits of stem being included in the mix. These can be tough. Rather I used a sharp knife to slice down each side of the stem, taking off the leaves which I then chop quite finely.

I boil the kale until soft and then drain off most of the juice and add my flavours to finish it off. It is surprisingly pleasant and a very different texture. Frustratingly I haven’t got a picture at this point but I will add one next time a use kale in this way.

Cauliflower rice is also a pleasant discovery. I am not a great fan of cauliflower unless it is covered in cheese or part of a curry. If, however, you treat a bit like a Pilau/pilaf rice it takes on a whole new dimension. Broccoli rice is even better, it has more bite. 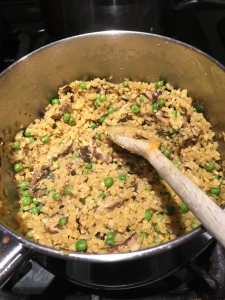 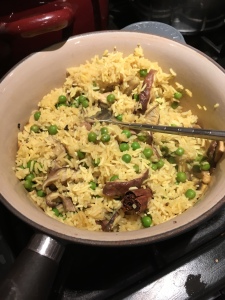 Stir frying this alternative to rice also works very well and there is no need to cook it first. 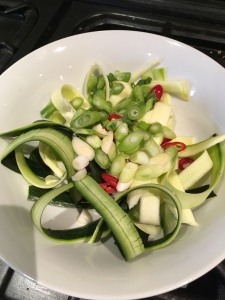 This image shows a courgette noodle mix ready for stir frying with sauces/flavours of your choice. I used a peeler to create these.

Because I was using these options more, and rather tired of the cost of a prepared packets, using such cheap ingredients, I have now invested in an attachment for my Kitchen Aid which is surprisingly quick and easy to use. It take less than a minute to attach and comes with blades for spiralizing, slicing and peeling (coring as you go along). It is ok for apples and on through most of the veg you can imagine.

Obviously other brands are available.

This videos show me preparing my lunch a few days ago. I wanted to use up a left over chicken breast so I spiralized a courgette in one thickness and carrot in a pasta type style (hence the first video).

I cooked both in a wok seasoned with chopped chilli and spray olive oil. After a few minutes of cooking I added a good glug of vegetable stock ( I kept adding this as needed to avoid the dish frying out) and chopped chicken breast. When it was finished a had a lovely bowl of veg with chicken sitting in a light vegetable broth/sauce. It was an invention but proved to be delicious. 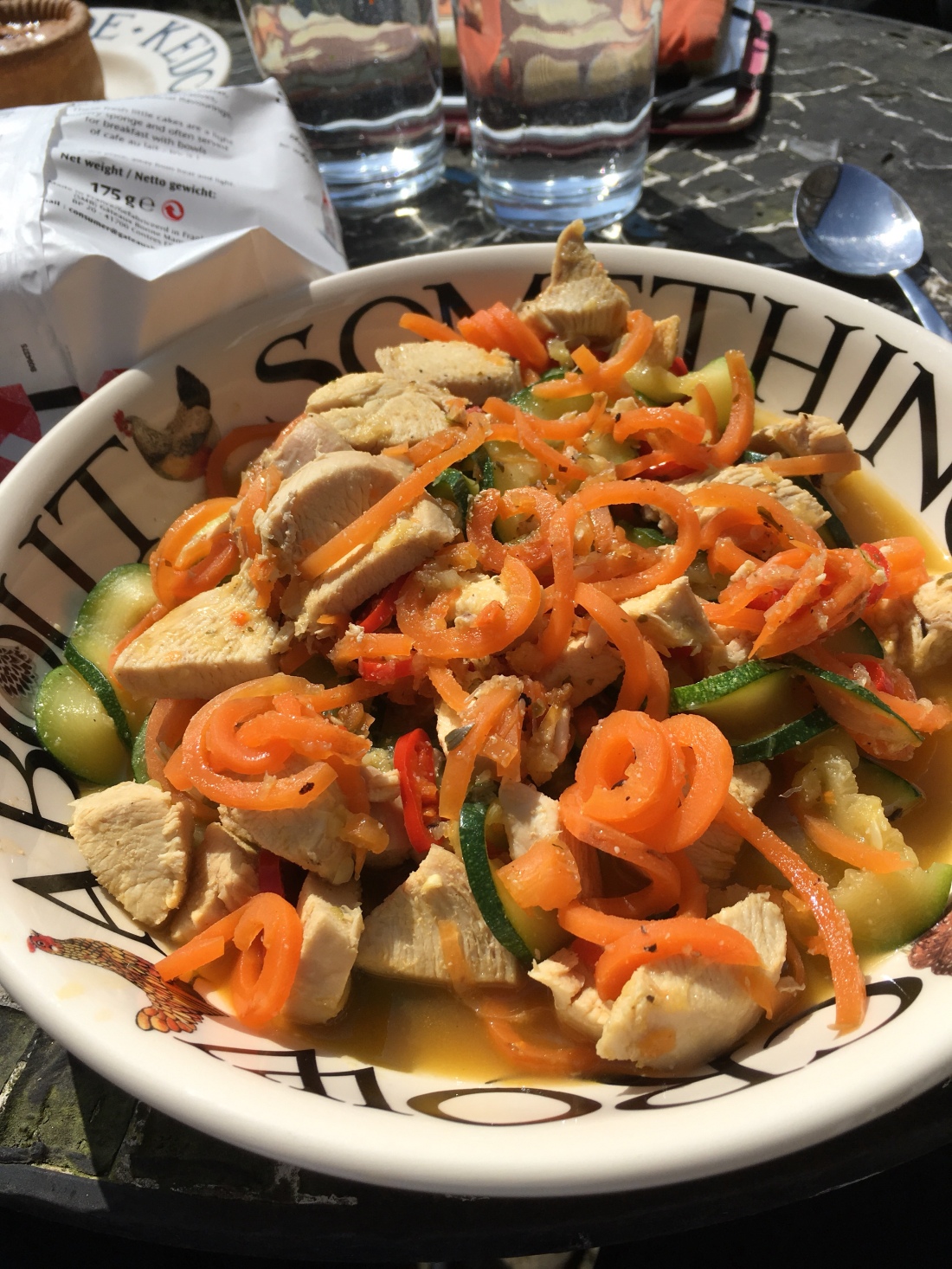